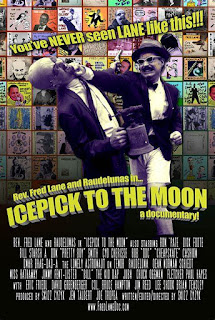 January 2019
It’s January 2019, and See Hear starts its sixth year. With the world in strife, what better time than now to talk about a man and an arts movement that embraced the absurd.

Tim, Bernard and myself are joined by musician and film director Skizz Cyzyk to talk about his new film, Icepick To The Moon. It starts out being about obscure but beloved singer, Reverend Fred Lane. It ends up being a lot more. It spends time focusing on Dadaism, pataphysics, the Raudelunas arts collective, and how dressing up as a vegetable or an appliance in a parade is seemingly strange but dressing up as a bucket of KFC is mainstream!!! There’s also a focus on adventurousness in music – big band swing, country, demon music boxes, and a concerto for frogs.


Skizz spent a long time putting this fantastic film together. Fred Lane (aka Tim Reed) is a fascinating guy who kept company with other people who thought about the arts in ways mainstream media don’t give a moment’s thought to – their loss. We’re hugely grateful to Skizz for speaking to us about this wonderful film. A great documentary is one that you will keep thinking about as well as learning something new – the See Hear crew acknowledge Skizz has done both.


He’s touring the film around the US, but it should be available on DVD and streaming platforms later in 2019. We urge you to see Icepick To The Moon….more than once if you can. Also our thanks to Mike White at The Projection Booth for putting us in touch.


You can follow up on details of the film and any future screenings (and DVD release dates when available) at http://www.fredlanedoc.com. Also, search for Skizz as a regular contributor at The Projection Booth


If you’ve been enjoying the show, please give us a favourable review on iTunes and let your friends know that our show exists.


You can search for See Hear podcast on iTunes, Spotify, Stitcher or the podcast app of your choice.


Send us feedback via email at seehearpodcast@gmail.com


Proudly part of the Pantheon Network of music podcasts.
at May 07, 2020

When you were a kid, did your parents ever ask you to do your Wiggler practice? How about getting to your room and playing your Vibrowheel... 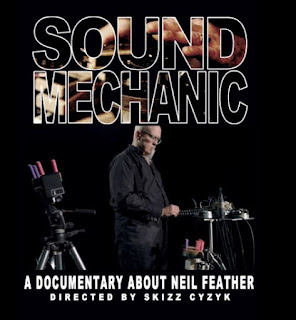 Episode 93 - Voyage of the Rock Aliens