See Hear Podcast Episode 91 - Interview with Scott Barber, director of "This Is Gwar" 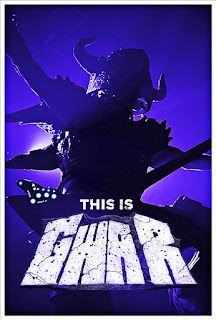 What happened to heavy metal in the eighties? It bred Dokken, Def Leppard, Bon Jovi, W.A.S.P., Motley Crue and many other hair metal bands. Meanwhile in Richmond ,Virginia, an art student and punk musician connected while part of an art collective to form a metal band that combined theatre, chops, a sense of humour, and plenty of bodily fluids.

Scott Barber is the director of a wonderful documentary about Gwar, a band that had liked to blend social satire with heavy music. They invented themselves as creatures from another planet that had been dumped on Earth with the express purpose of destroying all humankind....or at least its political leaders. A Gwar concert experience will include costumes, stage props, bodily secretions sprayed on its audience, decapitations, and as much taking the piss as spraying the piss. For all of the cartoonish elements the band may have to the casual observer, this film tells the story of a band of brothers and sisters – musicians and artists – who looked after each other and cared deeply for each other, even to the point of protecting each other from possible death.

….and one would think that the law enforcement community had learned something from the debacle with Jim Morrison in Florida.....all hail the cuttlefish of Cthulu.

Bernard was absent for this episode, but Tim and I are joined by friend and Gwar super-fan, Jason Skitch to talk about the film with Scott from all its humour to its very dangerous moments. Gwar owe as much to vaudeville, and the boundary pushing of Lenny Bruce as it does to science fiction novels and heavy metal bands of previous years – yet they're definitely their own thing. It was a privilege to speak with Scott about how he captured a career of over 35 years in a 2 hour film. Tim and I also offer many thanks to Jason for stepping in at the last minute to join us.